I swam with whale sharks in the Philippines and learned about tourism impacts on marine conservation, and the unfortunate environmental impacts of large commercial whale shark tourism operations.

The Philippine island Cebu is well known for frequent whale shark sightings, especially in the southern city of Oslob. The whale sharks are visible all year round in the region, typically inhabiting the tropical and subtropical ocean.

We stayed at the Ayo Homtel in Lapu Lapu City on Mactan island, about a 3 hour drive to Oslob. I recommend renting a driver for activities on Cebu because it was really cheap split between multiple people and made transportation much less hassle. Driving into Oslob is blatantly obvious that its economy is centered around whale shark tourism. There are statues, paintings, street markets, and whale shark memorabilia everywhere. The city has multiple whale shark tour operators, and they offer similar experiences for relatively the same prices. We paid for a 45 minute tour, received our boat tickets, and waited in a que for our turn on the water.

The boats used for the tours are classic Filipino outrigger canoes, fitted with two stabilizing outriggers on the sides of the main hull. The boat takes you just offshore in shallow water up to 50 feet deep. As we got closer large shadows began circling beneath us. Once settled I grabbed my snorkel and leapt out of the boat into the warm water, immediately surrounded by multiple whale sharks.

The initial feeling was overwhelming because I had never been in the water with an animal that big before and although they are completely harmless, their sheer size is intimidating. The massive animals glide effortlessly and quickly through the water, imagine a school bus driving straight at you. There were probably 8 to 10 whale sharks in the vicinity of our boats, doing laps in and out of the area. I dove down to the bottom several times where scuba divers were viewing the sharks from beneath. I would recommend doing a snorkeling/free diving whale shark experience instead of scuba diving. The animals are calm but quick and scuba diving will restrict your ability to easily view them and encounters will be brief.

The sharks are calm and completely used to people in the water, but that also means they will run you over if you are in their way. The experience left me feeling fulfilled in one aspect because I could not believe I was just in the water with so many large, and amazing creatures. They are a unique species that I think everyone should have the opportunity to witness, however the consequences of commercialized industry operators in Oslob are environmentally irresponsible and pose significant negative impacts to the whale sharks.

Whale shark operations like those in Oslob operate all over Indonesia, posing negative ethical consequences disrupting natural behaviors and survivability of the animals. Many operations claim to not use bait to attract the sharks, however whale sharks are not solitary animals and migrate long distances over their lives instead of remaining in the same place. The behavioral patterns of the sharks near Oslob suggest that they have become reliant on the industry, explaining why they are visible year-round and seldom leave the area like they would have done otherwise. Reliance on human interactions and feeding has impacted their global populations and decreased their survival capabilities.

I hope that future tourism operations in the Philippines will begin to understand the value of whale sharks and their role in the local ecosystems. Eco-friendly tours and environmentally conscious options do exist, and I encourage any fellow travelers to invest in those reputable businesses instead. Conservation efforts have slowly made a difference in the Philippines as environmentalists and eco-tourism industries continue to educate the public and implement management decisions that benefit the economy and whale sharks.

1. Whale sharks do not receive adequate nutrition from frozen bait distributed by fisherman.

2. Almost 50% of the sharks in Oslob have cuts and boat injuries due to overcrowding in the water and unfortunate familiarity around boats.

4. The sharks normally inhabit water depths of 160 feet, and can dive as deep as 3,000 feet. In Oslob the sharks remain in the shallow water for long periods of time exposing them to greater risks for parasites and diseases.

5. The lack of migratory behavior in the animals decreases their access to reproductive opportunities, contributing to the species’ global population decline.

6. Whale sharks normally consume large quantities of plankton and krill that pollutes surface waters, decreasing sunlight penetration vital for corals and other ecosystem species. With fewer sharks in the ecosystems there is more surface pollution and declines at all levels of the ecosystem.

7. The industry operators in Oslob have relaxed regulations on overcrowding, sometimes depositing more than 100 people per tour.

8. There are few restrictions on appropriate interaction guidelines around the animals, influencing non-ideal practices like physical contact and envioremtnal disturbance.

9. Many people on tours inadvertently or purposefully touch the sharks, contributing to the harassment and stress of the animals.

10. Whale sharks are an Endangered Species, illegal to harass under The Republic Act 9147 in the Philippines. The Oslob tours break this law everyday due to their tour’s level of inadequacy and lack of environmentally conscious activity.

Before signing up for a whale shark tour make sure the operators are NOT feeding the animals to attract them to dive sites. You can download or share this FREE interaction guide to ensure appropriate viewing when sharing the water with these amazing creatures.

Enter your email address to subscribe to this blog and receive notifications of new posts by email. 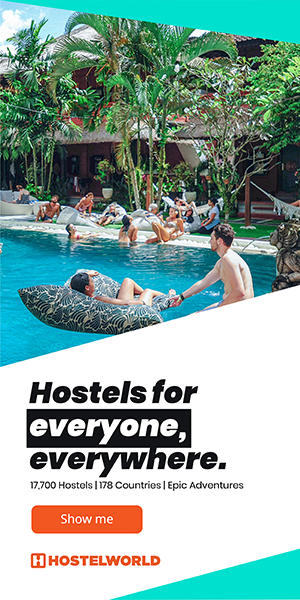